At this time, from November 18, 2016, FAW Car (000800.SZ) issued an announcement to transfer the Hongqi brand to the controlling shareholder FAW Share for only one month.

The announcement issued by FAW Car on November 18, 2016 stated that due to internal and external factors, the companyâ€™s operations were under pressure. The company plans to use 428 million yuan to manufacture related fixed assets, construction in progress and other intangible assets. Transferred to the first major shareholder China First Automobile Co., Ltd. (ie FAW shares).

According to the news of FAW Red Flag, Hongqi officially left the FAW Car at the end of November 2016. Since then, the Red Flag brand has opened the road of independent operation and development. According to the introduction of FAW Red Flag, the red flag has been running independently since its inception. It has been a month since the leadership of FAW Group and all functional departments of the Group are fully supporting Red Flag Branch. According to the data, the sales of Hongqi H7 in November 2016 was 453, while the red flag brand sedan sold only 322 in the first half of 2016. The sales in December can be said to be a key breakthrough.

Although the monthly sales of thousands of vehicles is not worth mentioning for the joint venture brand, if this number is put into the country only 22 sales networks, Hongqi H7 has been listed for 3 years, and the price of 250,000 to 400,000 yuan in China In the context of the brand C-class sedan, this achievement is very valuable. Since the red flag H7 was launched in 2013, in addition to the L5, which sells for more than 5 million, the Hongqi brand only relies on the H7 model, which is bound to limit the development of the brand. Although the sales situation improved in December 2016, FAW Red Flag still faces two major dilemmas: single product and weak sales network.

In order to change this dilemma, FAW Red Flag introduced that it will launch three models in 2017: the H7 will be launched in the middle of the year, and the red flag H5 targeting the B-class will be launched before the end of the year. A luxurious large SUV.

Tang Hong, head of the marketing department of FAW Red Flag, said that the current proportion of Hongqi's current products and terminal privatization reached 67%, and the "Thirteenth Five-Year Plan" period will be a new round of power flow for Hongqi. It is reported that before 2020, FAW Red Flag will invest 8 product lines covering 86% of the private market; the entire product will be covered from B-class to E-class, from car to SUV to commercial vehicle.

With the enrichment of product lines, the construction of the original network channel of Hongqi will also be strengthened.

According to the introduction of FAW Red Flag, this will become the top priority of Hongqi brand construction in the next three years. At present, the red flag network channel is mainly the Red Pavilion mode. There are only 22 in the country. In terms of quantity and service mode, adjustments are needed. From the end of March 2016, Hongqi started the â€œRed Flag Tastingâ€ for auto dealers in Haikou. Some powerful investors have been negotiating with Hongqi. The FAW Red Flag is expected to start from the second half of 2017. The 4S shop with a brand-new image and a multi-functional brand of red flag brand culture, sales, maintenance and after-sales will be gradually rolled out across the country to replace the original Red Pavilion model. It is reported that before and after the Shanghai Auto Show in April this year, Hongqi will also release a brand new brand image.

"Red Flag's current main model, the red flag H7 product itself has no problem, but the lack of competitiveness in the luxury car market, product design, positioning is also somewhat old-fashioned. Now, even Audi is trying to take a young, sporty style, red flag future Can not stare at the cake of the official car, we must re-work to do product design and brand positioning." Industry insiders.

The red flag needs to face not only its own transformation, but also the pressure brought by the same level of models. If a few years ago, the luxury C-class car was still in the BBA, then it is now a hundred schools of thought, Lexus, Infiniti, Cadillac, Jaguar Land Rover, the second echelon brand has gradually matured. At the same time, the price barrier of the luxury C-class car was completely broken, and gradually stepped down the altar. Last year, Mercedes-Benz domestic E-class and Jaguar's first domestically produced XFL were listed for 436,800 yuan and 388,000 yuan respectively. The Volvo's new S90L, which was listed soon, started to sell for only 369,800 yuan. After a few years of silence, the Red Flag brand will face new challenges.

However, Geely and Great Wall's brand high-end strategy seems to provide another idea for the Red Flag. From the transition of official cars to private cars, the red flag must undergo a â€œweaning periodâ€. Whether this road can work or not depends on whether the red flag can "really turn around the market, not around the government." 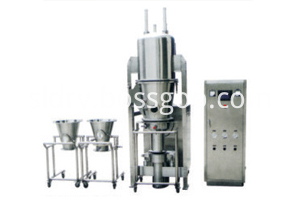