From July 1, 2011, the "Regulations on the Protection of Highway Safety" has been formally implemented. In the current domestic transportation environment, overloading has become a trend. A wide variety of fines and arbitrary charges have made the domestic truck driver group breathless. In many cases, losing money without overloading is a topic that has long been a clichÃ© in the transportation circle. Of course, one of the most confusing markets is the caravan community. In this market, modified cars are everywhere. In recent years, even more than 20 meters of trailers have entered the market, and people have to lament the chaos of the market. The point.

As early as a few years ago, the cabs were fairly standard, although the cabs at that time were generally trailers of about 18 meters. Although they were extremely long, it was difficult to see the three-axis cabs on the market. The trailer, at most, is followed by a springboard, usually carrying 10 cars. At that time, many companies saw the business opportunities for the continued development of the sedan market. Many companies entered the caravan industry and the number of sedan coaches continued to grow. 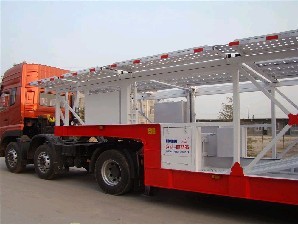 Only transport at a loss

For example, from Liuzhou Wuling van to Guangzhou, the freight is 500 units, and the aircraft board car can pull 21 units with a total freight of 11,000. And this 110,000 inside to Guangzhou to travel to 2300, oil money to 2700, a fine of 600 or so, to the destination unloading and then to other places in Guangdong to load the car back to Guangxi, which also counted parking fees 70 day, waiting Time depends on the situation. The price of returning a sedan to Guangxi is almost the same as that of a van, but the number is only 12 and the toll for going home is much higher, reaching around 3300, and about 3100 for oil money. 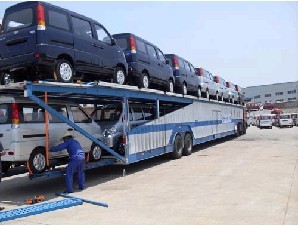 From the above figures, it can be seen that the profits of the market for carriages are so poor that if they do not exceed the limit, they will lose money. Most of the profits are due to the time when the plane board pulled the car to Guangzhou. The oversized car masters all want to open the vehicle under the conditions of market regulation. They think that such a car is safe to run and earning money is also guaranteed.

Fears that overrun vehicles will be punished on the road after the July 1st regulations for the protection of roads will take effect, some areas have begun to set off a wave of vehicle scrapping. The so-called car scrapping is cutting a part of the original long trailer to meet normal transportation standards. It must be said that everyone is more afraid of the 7.1 policy. 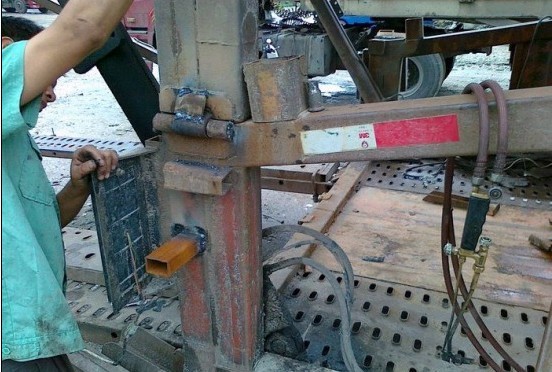 However, due to the excessive number of such vehicles in the country, everyone is currently waiting for news. In the current market, this kind of wait-and-see atmosphere is quite strong, because the modified cars occupy the majority of the market share of the caravan market. In some markets, the car carriers have even basically been paralyzed. 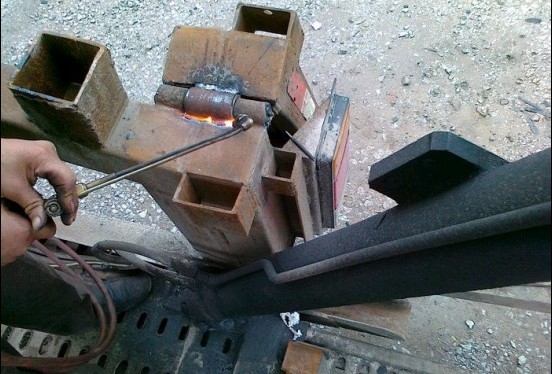 In Chongqing, where the caravan market is dominant, the situation is not much better. Many of the carriages are also out of service, and the vehicles in operation are also beginning to converge. The rear stretch panels are retracted to reduce the length of the vehicle. According to the latest news, the number of carriages on the road is much smaller than before.

The impact of the standard models

The most impacted by the policy in the car market, basically no effect on the standard length models of the market, the length of the car is 14 meters, and the front of the car is also not overly long, but it is a pity that the amount of such cars is in reality Too small, it has little influence on the market.

The industry hopes that after 7.1 governance, the sedan market will be able to resume orderly competition, so that the freight rates will follow, and the safety of vehicles will also be guaranteed. In fact, if this governance is successful, it will be a spring for the standard transport vehicles. 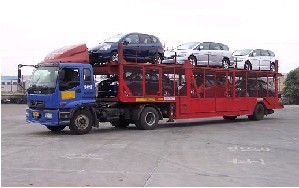 In view of the peculiarities of the domestic market for carriages, the carriages cannot be studied abroad. They must have their own methods, followed by restrictions on overloading. The carriages can be limited to five shafts, as long as they limit the tonnage. Long, extra-wide, it means overloaded, overloaded to pay more money, and finally the use of ultra-limit permits, visa methods to manage the car.

The chaotic market has made it difficult for the standard-loaded carriage market to either lose money or exceed the limit. Such multiple choices are placed in front of many owners. The dangers of over-limitation are clear to everyone, but we have no choice but to embark on this path, making the already unconstrained market even more irritating. It is hoped that the new policy for the implementation of the Highway Safety Protection Regulations can reverse the current situation and, as a result of concerted efforts, we will soon embark on the road to standardizing the market, so that we will be able to move beyond limits and make happiness even closer.